HELLO, USER OF THE INTERNET EXLORER!
HERE IS SOMETHING YOU SHOULD KNOW.
Currently we do not support purchases via Internet Explorer.
You can still access our site, but if you wish to purchase something, please use another browser.
Our Services
SotFO Raid
Dungeons
Torghast
Farm&Leveling
Mounts
PvP
Bundles
Sale 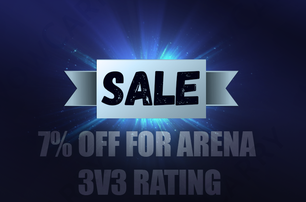 Here you can buy 7% OFF For Arena 3v3 Rating in US region. We all love PvP, if you are an old school...
More Details

Here you can buy PVP COACHING UP TO 2400 RATING + BONUS in EU region. What is PvP Coaching for or ho...
More Details 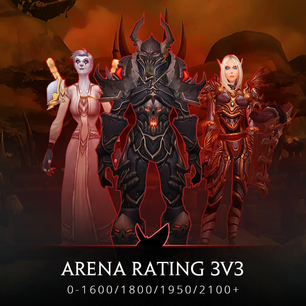 Tired of losing in Arena or Rated Battleground? Arena 3v3 would be the best choise to get unique PvP...
More Details

Tired of loosing in Arena or Rated Battleground? Arena 3v3 would be the best choise to get unique Pv...
More Details 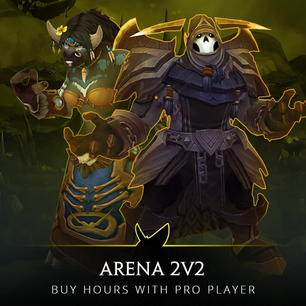 Arena 2v2 is the most efficient way to improve your personal skill. In this bracket you will fight b...
More Details 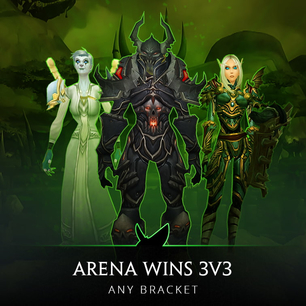 Arena 2v2 is the most efficient way to improve your personal skill. In this bracket you will fight b...
More Details

Here you can buy PvP Coaching Up to 2400 Rating in EU region. You don't have time to find a good tea...
More Details 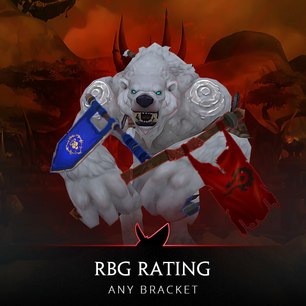 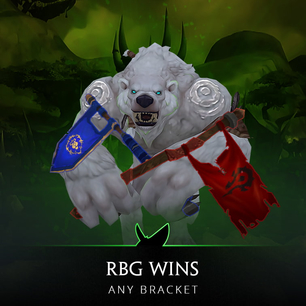 PvP
PvP Coaching Up to 2400 Rating

PvP
PvP Coaching Up to 2400 Rating

Here you can buy PvP Coaching Up to 2400 Rating in US region. You don't have time to find a good tea...
More Details

PvP in Shadowlands season 1 was the most important part for all players no matter what content you prefer. If you want to gear up your character to maximum available item level in a short timelime - pvp it the most effective way. In season 2 - there are a lot of decent changes with gear reward, class abilities and pvp balance - but it’s still the most effective and fastest way to get BiS gear.  So now is season 3 and there is a few changes we can talk about.

Weekly Great Vault system is unchanged. Same as in the previous season you will earn one item depending on the highest rating you won at least one battle for the previous week.

There also New Brawl: Solo shuffle was added - pits six players (two healers, four damage dealers) against each other in exciting 3v3 Arena matches. As the name implies, you can only queue for this brawl solo. Play a series of short matches as teams are shuffled and earn rewards based on your performance.

I'm Mainly a PvE-player, What Do I Get From PvP Battles?

At the start of the season 2 players will have an opportunity to gather two currencies - Honor and Conquest for PvP battles at arenas and battlegrounds. Honor is meant to be a more easily acquirable resource and it allows players to obtain 239 item level gear and upgrade it further up to 259 item level.

You can further upgrade these items for more Honor to increase it’s item level. Each piece can be upgraded up to 6 times, raising its item level to 259. The prices for upgrades start low but rise quickly as you get to the last few upgrades.

To get more detailed info on how much honor you’ll need to obtain and upgrade gear you can check table below:

Amount of Honor Required to Buy and Upgrade PvP Gear

Keep in mind that you’ll need a Renown 59 to upgrade them to 216 item level.

Same goes for Conquest gear, but it starts with 262 item level, and presumably upgrades up to 285 item level.

Although we know when season 2 will be started you will be able to obtain 550 conquest per week - this amount stacking and it means that if you want to get 2-handed weapon - you will have to wait 2 weeks and on 3rd after getting another conquest cap you will be able to purchase it.

By gaining Honor you also will be able to upgrade your gear purchased for conquest up to 246 ilvl for rating 2400 in any bracket. Also you will get Honor Levels which rewards you with a lot of different stuff.

As it's the case with Dungeons and Raids, PvP is also included in Weekly Vault and allows players to receive additional rewards for doing weekly activities. Unlike dungeons and raids, you don’t need to complete a lot of rated arena or battlegrounds. Just win once in the highest PvP bracket you’re able to and obtain a certain amount of Conquest points from any source. If you get enough - you’ll be able to choose one item out of three possible options:

Item level of acquired gear will depend on the highest PvP bracket match you won at least once for the last week.

How Much Honor and Conquest Do I Get for Doing PvP Content?

What Services Does WowCarry Offer for PvP?

What Are The Unique Features of Shadowlands PvP Gear?

It’s not a secret that most classes stack Versatility stat as much as possible, and obtaining critical-haste items can be frustrating. That’s why all PvP-related items in Shadowlands will be guaranteed to have Versatility as one of two stats. Additionally, if you equip two PvP trinkets, you will also activate a bonus that will increase all damage and healing output gains from Versatility by 20% while you are doing PvP content, as well as Open World Zones with turned on War Mode.

Shadowlands expansion brought us an incredible, new point of view on 3v3 Arena Rating. Being the most exciting part of the game, arena became even more engrossing in Shadowlands PvP: Season One, Season Two and Season Three, especially if we talk about 3v3 comp.

What is Arena Rating 3v3?

Let’s start with Arena by itself. World of Warcraft Arena is an instanced area, in which players compete with each other using their race, class and specialization abilities. Basically, once you level up your character to 50 lvl, you already have an opportunity to queue in Arena through the PvP interface. Arena can be rated or non-rated (skirmish) and either 2v2 or 3v3. So, once your queue is up, you just press “join arena” and a one minute countdown starts. By the way, you can’t see your opponents unit frames, classes or specialization before a match starts without specific arena add-ons, like Gladius etc.

Arena Rating 3v3 and gear you can get

Any kind of communication is a mandatory part of success in Arena 3v3. With a perfect understanding of game mechanics you can easily communicate with your teammates in chat before your arena match starts. A simple call about stuns or interrupts, or even some specific target focus may be super useful to get desired rating. Going on a higher level, for example 2100+ Arena Rating, we want to use voice chat to have better communication. Even professional players have a much lower chance to win competitive games without calling important stuff, especially if we’re talking about arena rating 3v3. Thus, we can conclude that communication is one of the most important things when playing arena matches. However, not everyone likes to communicate. Arena Rating 3v3 boost service product is made for people who:

Summing up, WoWCarry offers not only a Arena 3v3 rating carry, but also offers learning of the arena as a separate part of the game.

How long does it take to become an arena Gladiator?

We hear this question everyday, so here is the answer. First we need to know that only 0,5% of World of Warcraft players own the Gladiator title, since it’s one of the hardest achievements in the game to get. To become a Gladiator all you need to do is obtain 2400 rating in any PvP bracket (Arena 2v2, Arena 3v3, Rating Battleground) and win 50 games on that rating. Having the Gladiator title makes you a famous, respectful player and gives you the rarest reward of the whole PvP season-Gladiator mount. Current season's Gladiator mount is Unchained Soul Eater. Terms of getting a Gladiator title may be different depending on your skill, how much time you spend climbing the leaderboard and of course partners you play with. Usually, if we’re talking about arena carry, it takes about one month or so to get the desired title. And of course, it is much easier and pleasurable to get the Gladiator title in Arena Rating 3v3.

There are few important notes about choosing the format in Rated Arena.

Buying Arena 3v3 boost service from WoWCarry you get all the benefits of 3v3 comp. Playing boring games against two dps classes in 2v2 doesn’t boost your skill and doesn’t give you a good understanding of game mechanics and class specifics. It still can be good for someone who loves this bracket for some reason, being the less popular format Arena 2v2 still finds players to compete in this bracket. Summing up, Arena Rating 3v3 boost gives you more than 2v2 in any aspect.

Game company introduced Arena in the Burning Crusade Expansion. With each season players have an opportunity to prove their skill so they climb to the top of the PvP-Ladder. Overall, we have thirty seasons of rated Arena passed already and thirty one is currently running on live servers of Shadowlands Expansion. If you are new to the game, you should know that there was a time when people had fun playing Arena in 5v5 comp. Imagine this absolute beautiful chaos happening between two teams. Unfortunately, in 2016 Arena 5v5 bracket was removed from the game. We condemn this decision but overall it is much easier and better to introduce updates in two brackets than three.

Speaking about famous Arena 3v3 players, we have some old-school players like:

Buying Arena 3v3 carry from us, you might get lucky even play with some famous PvP players, but we won’t tell you because all of them are gonna play on smurf accounts.

Arena Rating 3v3 is more variative in setup compositions than 2v2. Let's talk about the most popular and strong setups, and how they work, their strengths and weaknesses. In our opinion, wildest comps are:

If you want to see some part of these setups in action, feel free to contact our customer support agent to schedule your Arena 3v3 Rating carry.

We Sell Only Victories

Let’s agree, it’s not fun when you were fighting for a long time, only to see the enemy faction win the game when victory was at your grasp. Losses can happen sometimes, as we can’t guarantee 100% win rate, but when they happen - you will still get a reward for it, but we won’t count that loss in the total number of runs. It remains true for all PvP activities like arena, battleground or even open world PvP.

Why “Self-play” is The Most Effective Way to Complete Any PvP Service?

First of all things we care about the security of our services and our clients, and the self-play option allows us to keep it that way. Usually account share is a reliable and secure way to obtain mounts, achievements or complete leveling. But to make sure the same level of security remains for PvP we can only offer it as self-play. Also, you will see different strategies and learn how to easily win battlegrounds.