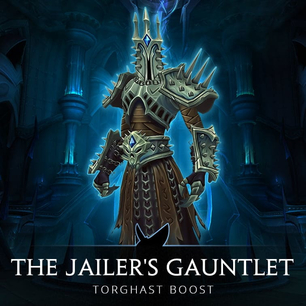 Here you can buy the jailer's gauntlet farm boost in World of Warcraft. By buying this service you w...
What You’ll Get:
More Details 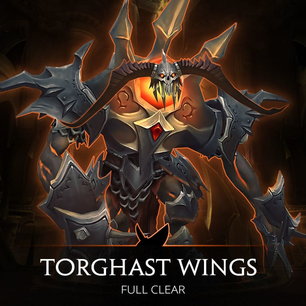 Torghast is the source for players to obtain Soul Ash, and Soul Cinders - currencies needed to creat...
What You’ll Get:
More Details 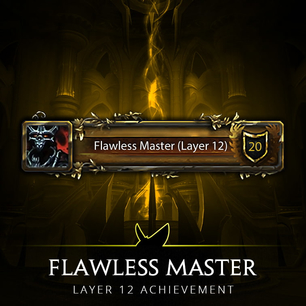 Here you can buy flawless master achievement boost in World of Warcraft. By buying this service you ...
More Details

Here you can buy the jailer's gauntlet farm boost in World of Warcraft. By buying this service you w...
More Details

Torghast is the source for players to obtain Soul Ash, and Soul Cinders - currencies needed to creat...
More Details

Here you can buy flawless master achievement boost in World of Warcraft. By buying this service you ...
What You’ll Get:
More Details 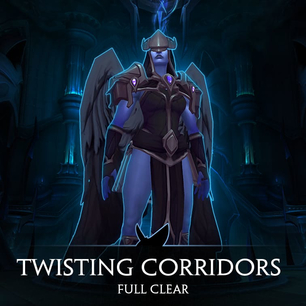 You will clear all 18 floors in The Twisting Corridors with our team at the selected Layer difficult...
More Details

You will clear all 18 floors in The Twisting Corridors with our team at the selected Layer difficult...
What You’ll Get:
More Details 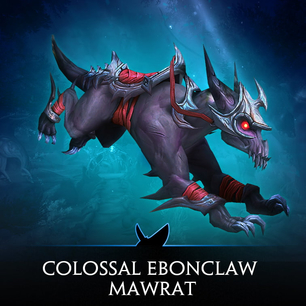 Here you can buy sturdy soulsteel mawrat harness mount boost in World of Warcraft. By buying this se...
What You’ll Get:
More Details 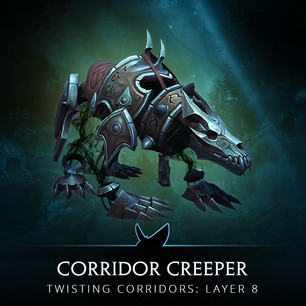 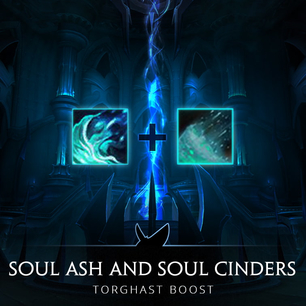 Here you can buy torghast soul ash and soul cinders in World of Warcraft. Buying the Soul Ash and So...
What You’ll Get:
More Details 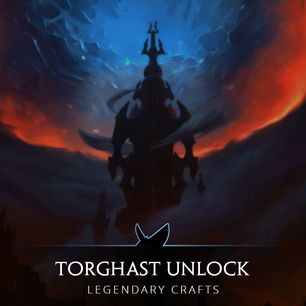 We will complete the questline to unlock Torghast for you. You need to be level 60 in order to start...
What You’ll Get:
More Details

Torghast is a new type of challenge available for groups from 1 to 5 players. It’s heavily inspired by Island Expeditions and Horrific Visions, but takes only the best parts of both and elevates them to the next level. Unlike Horrific visions though you don’t need any vessels or other currency to get in. Unlock it once and enjoy the rogue-like inspired adventure as many times as you want.

What is Torghast and Why is it Important in Shadowlands?

Have you heard about Legendaries? Maybe Cosmic Flux tells more? Is the Titanic Research Archive more familiar to you? Season 3 brings some updates to the Torghast, Tower of the Damned. Let’s figure it out. Torghast, Tower of the Damned is located in the Maw. You can get to it through the Ve’nari’s Refuge. Torghast offers a new type of gameplay introduced in Shadowlands: instanced dynamic content with new challenges every time you visit it, with changing floor layouts and enemy mob types. Every time you enter Torghast, you will have a new experience. First of all let’s talk about the important question “What can I get from Torghast?”. You can gain such currencies as Soul Ash, Soul Cinders and Cosmic Flux. These currencies are important to craft Legendary Armor in the depths of the Torghast with the help of mysterious Runecarver. Secondary, but not the last - you can gain tons of achievement points, battle pets, mounts and toys! Excited? So we can move to the next step: How to enter the Torghast.

Unlocking Torghast, Tower of the Damned

Unlocking Torghast is one of the first things you need to do after reaching level 60 in Shadowlands. After you choose your covenant you’ll have to complete a questline, which gets you to the Maw, meeting with Runecarver and unlocking his chamber - for your future Legendary crafts. After the questline is completed you will get access to a portal at Ve’nari Refuge. Players who have completed Chapter 2 of the Covenant Campaign, Torghast, can interact with Highlord Bolvar Fordragon in Oribos to skip the Chapter. You will get access to the Maw and Torghast after skipping the 2nd Chapter and you can do it on each alt with level 60.

Rewards from Torghast, The Tower of the Damned

Think it’s enough? - Torghast Tower has even more content so let's see what else it hides from us. The Jailer's Gauntlet has many types of rewards to collect.
Here is the short list of rewards:

This is not a full list of the toys, pets and mounts. Some of them drop randomly from each Wing and Layer of the Torghast. And don’t forget about all transmog pieces from Adamant Vaults.

Colossal Ebonclaw Mawrat mount! The difference between the usual Torghast is that the Jailer’s Gauntlet has less layers and they look like the Adamant Vaults. You don’t need to clear the whole layer with the annoying trash, searching mawrats, solving puzzles etc. The Jailer’s Gauntlet offers quick boss fights with some trash mobs in small rooms.

Here is the short table of gear recommendations from WowCarry.

The Scoring System was created to show us our progress at Torghast. It is also important because of the system of Layers unlocking. You can’t get to a higher Layer if you hadn’t unlock the previous Layers. To unlock it you should achieve the minimum score. After you finish the last boss at the Floor 5 the Score UI will appear. This UI will show you detailed information about completed or failed Torghast objectives. The Torghast Scoring system works in every Wing and Layer at Torghast except Jailer’s Gauntlet and Twisting Corridors. (Which are different modes).

The Scoring System rates you depending on a number of factors, including:

This kind of competition hadn't change since the first season. Twisting Corridors rewards are: mount, toy and battle pet. Opposed to other challenges, Twisting Corridors have 16 Floors in each Layer which makes it more time-consuming than Gailer’s Gauntlet or classic Wings, but it's worth the time to claim these juicy rewards. It doesn’t have blessings or torments, but it still has anima powers, death counter and puzzles.

The Box of Many Things and Tower Knowledge

The patch 9.1 presented the special Torghast talent system hiding behind the name “The Box of Many Things”. This talent tree helps us with Torghast floors clearing and layers progression. You can unlock different effects like automatically loot enemies or gain random blessings etc.

Unlocking The Box of Many Things is pretty easy. All you need is to enter any Layer of the Torghast, find an NPS called Ve’nish and accept the quest that tells you to enter the Runecarver's floor.

The best thing about The Box of Many Things is that you can unlock an access to Adamant Vaults from Flawless runs. We will talk some more about Adamant Vaults a little bit later.

You might ask us: “Okay, so talents make runs easier, but is that all?”. Surely not. You can get the achievement called “Many, Many Things” and receive a battle pet Mord’al Eveningstar.

Cosmic Flux is the newest currency that was added in the 9.2 with Zereth Mortis location. It is crucial to farm it in 9.2 because you can't upgrade your Legendary to 291 ilvl without it. In the Torghast you can get it from 13 to 16 Layers. Also it can be gained from Gailer’s Gauntlet but only once. Unfortunately the amount from Normal Torghast wings is really low. To farm the new currency we recommend you to go to Zereth Mortis.

Changes in 9.2.5 for Souls Ash and Soul Cinders farm

We have significant Torghast currency gain increased with the 9.2.5 patch.

Once you achieve a Flawless clear of a Layer 9 or higher Torghast Run, you'll be able to ascend to Floors 6 and 7, the Adamant Vaults. Defeating the Floor 7 boss will award you with some bonus Tower Knowledge.

Adamant Vaults have even more Anima Powers. You also might find an Anima Powers vendor at 7th floor. Note to not spend all Phantasma to become even more stronger, hold around 1000 to be able to purchase some shoulders or cloak transmogrification. A few examples of these items include Gilded Agony Cage and Gilded Eye Crescent.

Another unique reward from the Adamant Vaults is the battle pet - Gilded Darknight.

The Tower of the Damned now is the huge polygon of opportunities in claiming 4 different mounts and many achievements. Torghast boost includes the newest.

You can buy Torghast service at our special tab that contains all Torghast services. Our customer support agent will gladly help you to pick the best options for your Torghast carry.

WowCarry is the best way for new players to start learning the game. As for experienced players, we offer a list of services that might help you to save your time and just to make things easier. So why is WowCarry the best boosting service for any kind of player?