We are happy to help you achieve any goals in the most popular segment of Wrath of the Lich King Cla...
What You’ll Get:
More Details 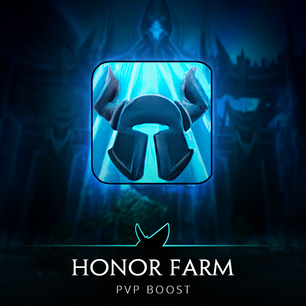 Honor points in WotLK is the currency we can spend buying PVP equipment from a vendor. You can farm ...
What You’ll Get:
More Details 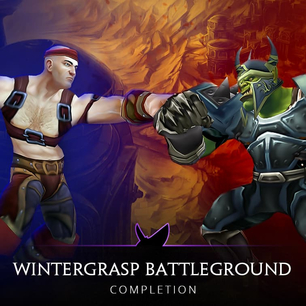 Wintergrasp is a legendary battleground where you, as part of 40 players from your faction, fight ag...
What You’ll Get:
More Details

Wrath of the Lich King Classic is a mega-cool expansion in which we all get a lot of fun playing PvP content. WowCarry presents to your attention the widest range of services even for the most demanding customer. Among our services you will find the purchase of Arena 2v2 and 3v3, Battleground, PvP Mounts, PvP Currency and more! But first let's learn about all the details of WotLK PvP.

What is PvP in WoW Wrath of the Lich King Classic?

In simple words, PvP is a battle between players, most often between factions, it is a horde and an alliance that have been at war with each other for centuries. You can also fight against your own faction in the arena or in a one-on-one duel. First of all, for victory in almost any PvP mode, you will receive not only pleasure and fun, but also a reward.

There are several types of PvP in World of Warcraft, each of these types is suitable for any player. For example, you like multi-player skirmishes and fighting for objectives where strategy is required, or you enjoy playing 2v2 or 3v3 in the arena. In WotLK Classic, we are presented with the following types of PvP: You just have to choose what you like or play all types of PvP battles, which takes a lot of time to be honest.

Major PvP Changes in Wrath of the Lich King Classic

First of all, a debuff, a stun can be placed on a target without the possibility of it failing. In WotLK PvP we also have a much higher chance to dispel target. The change in resilience, or rather its buff, is also not insignificant, since now it gives us damage as a percentage, which means that the better the pvp equipment of our character, the more damage we inflict in PvP. Remember how annoying healers in BC were, who restored mana at a crazy speed? In WotLK, you will only start rapidly regenerating mana two seconds after you sit down to drink. Perhaps these are all significant changes in Wrath of the Lich King Classic PvP.

The main Battleground in WotLK Classic is Wintergrasp. A legendary battleground that can host up to 80 players at the same time, just imagine a 40x40 battleground with artillery, ramming machines and tons of objectives. The key difference between this BG and others is that the faction that captures the territory gains access to the Vault of Archavon, which is a raid of several bosses. In this raid, you can get PvP gear as a reward. Do not forget about other battlegrounds, they have not become worse with the release of WotLK, so there we can also have fun and train skills in our class.

The WotLK Classic update brings many new mounts for true collectors. New Gladiator Mount, Achievement Mounts at Battlegrounds, War Mammoth and more. Be prepared for the fact that getting these mounts will not be easy, especially if you are a solo player.

There are no changes in PvP Currency, we still get Honor Points, for which we can buy and improve PvP equipment. We consider Battlegrounds to be the best place to farm Honor. Just some 5-6 hours and you have a cap of honor.

Why are WotLK PvP Services Worth Buying?

There are several reasons to buy PvP Services, let's go through them briefly: When buying a PvP service, you will always get a positive experience and just enjoy the game, leaving the whole routine to professionals.

Why Should You Buy WotLK PvP Services from WowCarry?

Our website was created by players and that is why we know the approach to any, even the most demanding customer. We know all the subtleties of the game and the most profitable ways to get game goods. Our main advantages:
10% OFF
FIRST PURCHASE
Success
We sent you a confirmation letter, please check your e-mail.
Make sure to check your spam/junk folder
OK
Oops! It looks you are already subscribed to this promo.
OK