Naxxramas would be the first raid to welcome us in the new expansion of World of Warcraft Classic - ...
What You’ll Get:
More Details 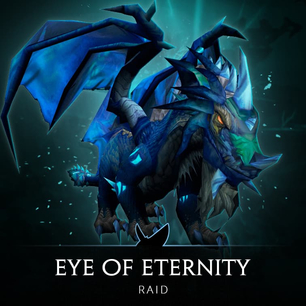 The Eye of Eternity is one of the nine raids in the World of Warcraft Wrath of The Lich King Classic...
What You’ll Get:
More Details 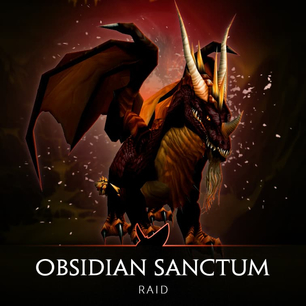 The Obsidian Sanctum is another one of the nine raids that welcome us in the World of Warcraft Wrath...
What You’ll Get:
More Details 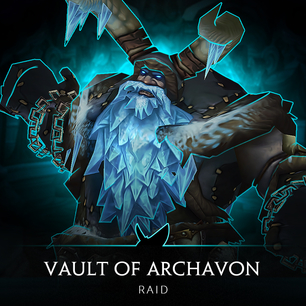 Vault of Archavon one of the Wrath of the Lich King expansion raids is presented to us by 4 bosses f...
What You’ll Get:
More Details 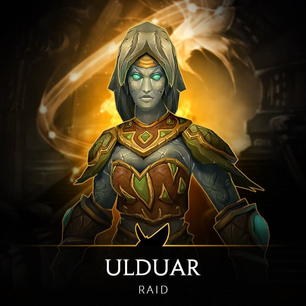 Ulduar in WoW Wrath of Lich King is a raid that has an entrance in the Storm Peaks of the Nothrend’s...
What You’ll Get:
More Details

Trial of the Crusader is a unique raid from the World of Warcraft Wrath of the Lich King expansion w...
What You’ll Get:
More Details 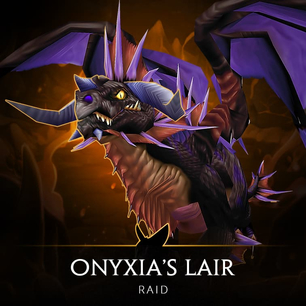 Onyxia's Lair is based surprisingly in the Wyrmbog, Dustwallow Marsh. Not in Northrend (where most o...
What You’ll Get:
More Details 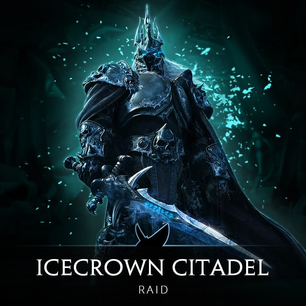 The Icecrown Citadel is the most glorious, famous, and largest raid in the expansion Wrath of the Li...
What You’ll Get:
More Details

Entrance in the Ruby Sanctum grabs your attention as soon as you get underneath the Wyrmrest Temple ...
What You’ll Get:
More Details
What's the coolest thing about World of Warcraft? The answer is simple, of course raids. Raids in Wrath of the Lich King Classic are slightly different from what we're used to seeing if you've played Shadowlands and previous expansions of course. The peculiarity of WotLK raids is that we can go there both in 10 people and in 25 people, these are two modes on which the complexity of the raid depends. Let's take a closer look at Wrath of the Lich King raids.

How Many Raids Are In Wrath Of The Lich King Classic?

There are nine raids in our favorite expansion. Let's briefly tell you about each of them. Summing up a little, Wrath of the Lich King pleases us with a variety of raids and raid loot, which we will be hunting for throughout WotLK Classic.

First Raid Of Wrath Of The Lich King Classic

The first raid that will open up for us in Wrath of the Lich King Classic will be Naxxramas. Not to be confused with Naxxramas before Burning Crusade, this is a new raid. With the release of WotLK, Naxxramas is being moved to Northrend.

This raid is available for characters level 80 located in Dragonblight. The main goal of Naxxramas is to crush the resistance of Wintergarde Keep. Passing through all the quarters of the raid, we will meet with one of the main antagonists of the expansion - Kel'thuzad. For defeating the Naxxramas bosses, you will receive a ton of loot, including the Tier-7 raid set, which is a recolor of the Tier 3 raid set. There are two versions of Tier-7 sets, from the 10 and 25 man raids.

There are four quarters in Naxxramas, each of them has a special theme. Let's take a look at each quarter in detail.

Each raid opens with the release of a new patch and the Wrath of the Lich King expansion storyline progression. We have a table where you can see the name of the raid, the patch in which it opens and the Tier-set that we can drop from there.

Let's start with the good news that the developers are turning off the ability to disenchant loot in raids. And finally, we are returning to everyone's favorite master loot that makes millions of players happy. Also important is the fact that you can't get loot from 10-man and 25-man in the same week, you will have to choose. But at the same time, you can get loot from Normal mode and Heroic mode. Please note that the difficulty of the raid can only be switched to Heroic after killing the last boss in Normal mode. First raid available in Heroic difficulty would be Trial of the Crusader, it sould have 10-man and 25-man both Heroic mode available. We have prepared a table with the ilvl of loot from the upcoming WotLK Classic raids. Of course, we are all waiting for Icecrown Citadel, it won't take long, WotLK Classic phases will pass quickly.

In Wrath of the Lich King Classic, we will again have the opportunity to get two legendary weapons. These weapons are the legendary axe Shadowmourne and the legendary mace Val'anyr, Hammer of Ancient Kings. In addition to being happy to help you get each of these weapons, we have prepared all the information you need if you are new or just want to refresh your memory.

What Is Shadowmourne And How Do I Get It?

Shadowmourne is an axe of equal strength, added in patch 3.3.0 and is the counterpart of Frostmourne. In order to equip this axe, you must be a Death Knight, Paladin or Warrior. To get Shadowmourne, you will need to complete a long quest chain and collect a ton of items, after which the quest chain will continue. The peculiarity of obtaining quest items will be the fact that you must do it in 25-man or 25-man Heroic mode. The power of Shadowmourne is that it has three prismatic sockets for gems. The power of Shadowmourne lies in the fact that it has three prismatic sockets for gems and by attacking the enemy you will gain strength and accumulate stacks of Soul Fragments, you will hit with dark magic in a 15 yards cone. You can always order Shadowmourne from WowCarry, as our service will do it faster than others.

Val'anyr, Hammer of Ancient Kings And How To Get It

As with Shadowmourne, the legendary mace Val'anyr, Hammer of Ancient Kings can only equip certain classes: druids, monks, paladins, priests, and shamans. Val'anyr is being added to the game with patch 3.1.0. To get Val'anyr you need to collect x30 Fragments of Val'anyr and combine them to get Shattered Fragments of Val'anyr. In addition to collecting quest items, you will need to go through a long quest chain. What makes Val'anyr, Hammer of Ancient Kings special is that its legendary property is perfect for the healer class. Your healing abilities have a chance to place a shield with damage absorption equal to 15% of your healing on the target(s) of your healing. Your raid will always be full hp if you have Val'anyr in your hands, and WowCarry will gladly help you get it.

The biggest pain point of Wrath of the Lich King Classic raids is your raid ID. What is it? We will try to explain in a nutshell. As soon as you kill the first raid boss, your ID is the same as that of all members of your raid. This ID means that you can only continue the raid with the players with whom you killed that same boss. In other words, if your raid falls apart for some reason, you can only continue it with the same players as before, and this is for one raid cd (one game week). The second painful point is considered to be a huge number of lockdowns of raids. But why? It's simple, with so many raid mods, it can sometimes be difficult to keep track of what you have passed and what hasn't. At the same time, this is a huge amount of loot if you complete all raids on all difficulties.

What Raid Is Lich King In?

The main boss of this expansion is Arthas Menetil. Most know him as the Lich King, but he was once human until Frostmourne consumed his mind and soul. He takes refuge in Icecrown Citadel and waits for the heroes of Azeroth so that nothing will interfere with his sinister plans. Before we meet him, we first need to defeat 12 bosses and only the final 13 will be Arthas - the Lich King.

Why Should You Pick WowCarry For WotLK Classic Raids Boost/Carry Service?

WowCarry was built many years ago by a few enthusiasts. We wanted to show everyone how to provide a service in the field of video games and we succeeded. Our main goal, no matter what, is the positive feedback of our customer, and every day we try harder to achieve the maximum result. Further more constructively about our advantages.
10% OFF
FIRST PURCHASE
Success
We sent you a confirmation letter, please check your e-mail.
Make sure to check your spam/junk folder
OK
Oops! It looks you are already subscribed to this promo.
OK