High Mythic Plus Carry in World of Warcraft Dragonflight 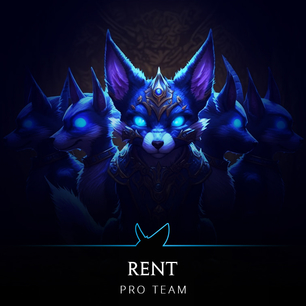 We offer this unique service for people who are already highly experienced mythic dungeon players an...
What You’ll Get:
More Details 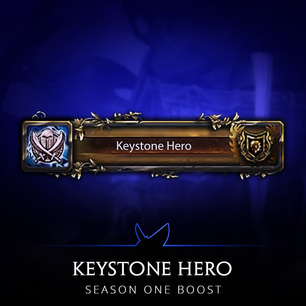 The Keystone Hero Carry is one of the most prestigious achievements in Retail WoW and can be purchas...
What You’ll Get:
More Details 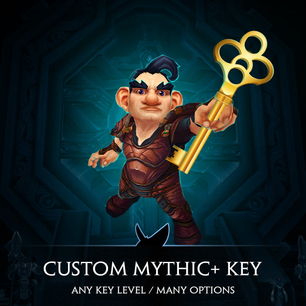 Mythic Custom Key Carry is the easiest way to get your exact keystone level. You can choose from M+2...
What You’ll Get:
More Details

The Keystone Hero Carry is one of the most prestigious achievements in Retail WoW and can be purchas...
What You’ll Get:
More Details

Mythic Custom Key Carry is the easiest way to get your exact keystone level. You can choose from M+2...
What You’ll Get:
More Details 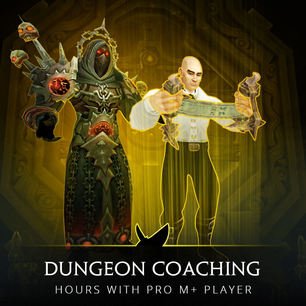 Here you can buy PvE Coaching in EU region. Not many games are newbie-friendly and WoW is not the on...
What You’ll Get:
More Details

Here you can buy PvE Coaching in US region. Not many games are newbie-friendly and WoW is not the on...
What You’ll Get:
More Details
High Mythic+ keys is a really subjective concept for each player in World of Warcraft. Mythic+ system was implemented in WoW with Legion expansion and beloved by many players right away.

Why you should run High Mythic+ Keys

First of all, High Mythic+ content perfectly suits players who want to push the maximum limits of the game. Good coordination, personal skill and the will to win is the key to successful High M+ keystone completion. Besides exciting gameplay in high keys you also can get the highest item level rewards upon reaching 3000 mythic+ score. Pretty high number, it requires +21-22 keystones level completion within the time limit on both Tyrannical and Fortified weeks. Summing up, here is a short list of why you should run High Mythic+ keys:

Official Mythic+ Rating system came to WoW in Shadowlands expansion with patch 9.1. Earlier, we had a third-party service called Raider.io with an addon that can be installed in the game to view your score in a similar way as an official rating system does now. Main criteria for successful completion of a High Mythic+ keystone is to beat the timer. Beating the timer means that you and your team have completed the dungeon within the time limit given by the game. Mythic+ Rating is not only for calculating how good your performance is in Mythic+ dungeons, it also gives you achievements and possibility for gear upgrade depending on your current rating. The most significant achievements are:

How Mythic+ Dungeon Score is Calculated

Pugging is always a pain, because you have no communication with your team, players leave the group during the run or just being toxic. WowCarry has a solution, on our website you can always get a good mood team who will gladly help you with any level of Mythic+ keystone. If you still want to look for a key via the LFG system, your main advantage at this point is your Mythic+ score. Having 2500+ Mythic+ rating gives you a guarantee to join any group to complete up to Mythic+ 15 keystone, while 3000 Mythic+ score makes you a desired part of any group up to +22 keystone level.

Each Mythic+ dungeon requires some kind of planning called route in World of Warcraft. By using a third-party addon, we can easily plan any dungeon completion. Why do we need to plan something? It’s simple, each Mythic+ dungeon requires to have 100% of trash mobs killed (that’s not a full amount of mobs in a dungeon, there’s a lot more) and get each boss down. Routes are different depending on group setup, because you might skip some dangerous packs of monsters if your healer can’t dispel some negative effect that one of the mobs might affect you with. WowCarry’s groups have multiple varieties routes for any affixes.

Here are a few addons that can make your Mythic+ runs much easier.

It happened in Battle for Azeroth expansion, 4th season. Mechagon Junkyard +34 was completed on Fortified, Bursting, Volcanic and Awakened affixes. Junkyard was the easiest dungeon to beat the timer, because we had a significant damage increase with the help of storm bots. Group setup contained only meta specializations: Brewmaster Monk, Holy Paladin, Destruction Warlock, Fire Mage, Outlaw Rogue. Playing on a high level always requires best in slot gear equipment and only the meta-class specializations. WoWCarry wishes you to beat the timer of the highest Mythic+ keystone you can get!
10% OFF
FIRST PURCHASE
Success
We sent you a confirmation letter, please check your e-mail.
Make sure to check your spam/junk folder
OK
Oops! It looks you are already subscribed to this promo.
OK